skip to main | skip to sidebar

Looking for a laptop bag and I have always used army surplus bags and still have my old bag from grade school, but a laptop would not be secure in it so I have come a cross the M-51 ENGINEERS FIELD BAG

It has a large inner pocket and one for a laptop, pen, note pad and small pockets for the power converter. on the back is a map pocket and tool pockets with a bottom/side ziper and top flap. bottle pocket on the side as well. carry handle and strap...
what more can you ask for??
Posted by Chris Sullivan No comments: 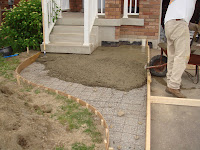 Getting a little side tracked on the 550K.... We put in a concrete pad out front of the house [work out to 8x12 on paper], my wife dug the hole; she started while I was out of town for the day, I was at the Fleetwood Country Cruize-In . So I built the footings and the Brother in-law with help from my Wife poured the pad.
Posted by Chris Sullivan No comments: 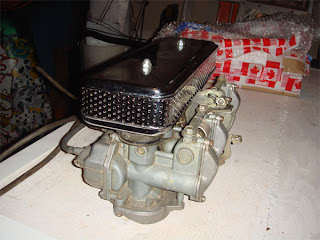 It's been a long time sins I saw one of these and in the last few weeks I have now seen them twice. First on a post in Jocket Journal (a good post on the Denver's Bikes and Family) and now...
In my garage after sending out a couple e-mails to people around Ontario selling Vintage bike parts.
I had all but given up and was ready to build my own, just needed the carb flanges that connected the air box to the carbs and I was set, that is how I found this AMEN air filter and man does it look good!
Posted by Chris Sullivan No comments:

Email ThisBlogThis!Share to TwitterShare to FacebookShare to Pinterest
Labels: Lettering

Picked up a set of 4-2 exhaust with side turn outs and collers/flanges for the bike this week through Do The Ton and SOHC4, now I have to work out my carb dilemma more on this to come.

On a side note it's been 13 years sins I'v have all my STUFF in one place, over the winter I moved all my boxes of things from my folks place to mine and with the help of my brother this weekend we brought the bike frame there too, so I can start get things done at night, as well as clear out old old stuff!

Sorry still on pictures
Posted by Chris Sullivan No comments:

Drove past on my way to PA and they were having a BBQ, So I stopped in on my way back, the kids split a hamburger and I ordered a couple parts; rear tank rubber and the large carb seals.
There were a lot of nice bikes there and one thing that I noticed on the new two-tone Honda's the pinstripe was vinyl and it was painted right over top by both colours (what the Hell is that).
The parts counter was good to deal with, price was better then any I could found on the net and the Kids sat on some dirt bikes; I maybe in trouble as they loved it.
Two more things checked of 'the list' and the ability to properly install the fuel tank!
Good day.
Posted by Chris Sullivan No comments:

In Germany at the age of 13, my mother, brother(my identical twin James) and I, were visiting our moms family and birth place. It was a very cool trip, the Berlin wall was still up, we passed through no-mans-land on the train and it was the first time I drove a motorcycle by myself through the countryside. The bike was a green Simmons bike owned by my 3rd cousin Wolfgang (he even has a cool name) I can't remember the model but it was great fun and was over quick... My brother and cousin Barbara (Wolfgang's twin sister, fraternal) ran it up the garage wall, everyone was okay but I don't think my brother has driven a motorcycle since, he was pretty freaked out and went in to shock.

When I was 17 my step Dad, Bob (he will be referred to as Bob here on in) brought home two Honda's one was a red 450 and the other a 500 costume, both early 80's. 'The Deal' was if I fixed the 450 I could have the 500, so the next week the 450 was fixed and sold.
The 500 was mine in the all knowing words of Bob. I spent that winter fixing, painting and cleaning stuff off the 500. It had all kind of stuff on it 'I would never have put that on a bike!' (17 year old me said) I pulled of a luggage rack, cut down the front cowl, paint the cowl to match the rest of the bike and remove all things, I thought were not cool.

Of course I did not have a bike license or any real push to get one (I had no friends that road, remember I was 17) , so I wore a track around our huge back yard and it was sold the next year.

My love affair with motorcycles never ended, any chance I got the offer to 'try it out' or 'hop on' I would.

And this leads us to next time......
Posted by Chris Sullivan No comments: 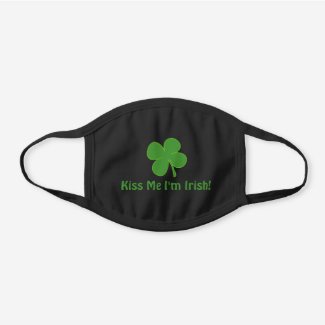 Kiss Me I'm Irish
by Vincant 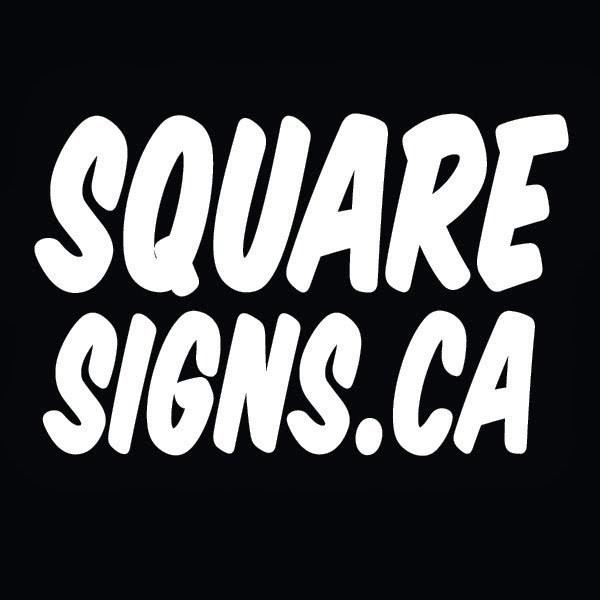